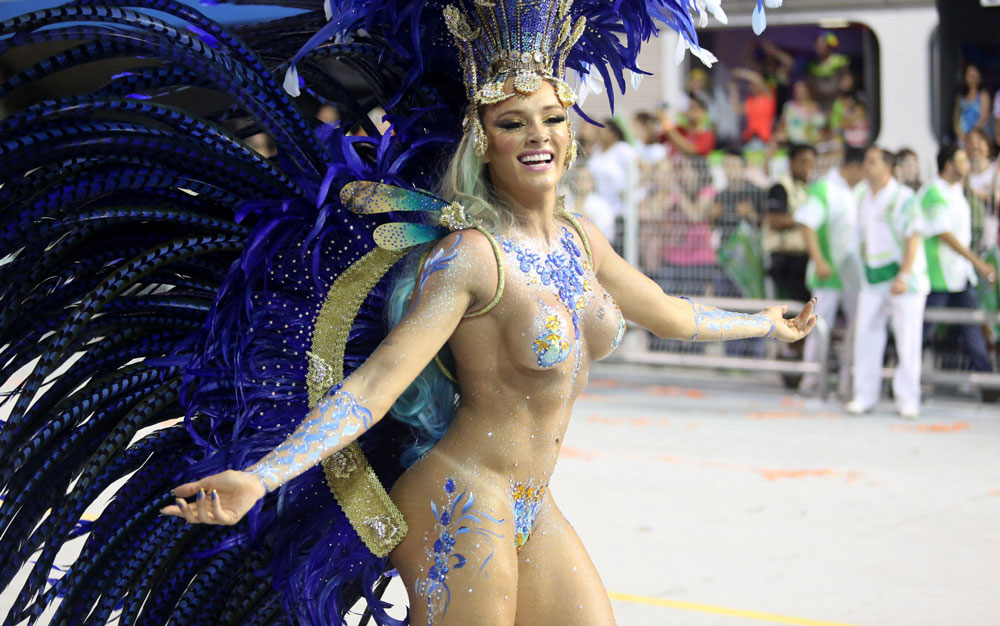 The Muses Carnival 2015 provide the public joy, beauty and samba in the foot. Desired and sculptural bodies, the cats adorn the Anhembi Sambadrome in Sao Paulo, or Sapucai, in Rio de Janeiro. Be ahead of the battery, as Queen or godmother, or highlights on floats, they contaminate those who watch the parades, live or on TV.

Among the carnival muses, some opt for the more understated look with feathers and sequins, while others bet on daring costumes, tiny patch sexes and paintings in the body. Check out our selection of celebrities or women who squander beauty in Carnival 2015 with lots of swings in the foot and making it much more interesting and beautiful feast to behold. No shadow of doubt, it is one of the most anticipated queens at Marques de Sapucai Sambadrome and São Paulo. This year, desfina ahead of Vila Isabel, and parade by the Hawks loyal, your school of heart. The beautiful actress remains ahead of battery Golden Roses, since it runs since 2007 Famous for its tiny costumes and body paint, the former panicat Juju Salimeni, muse of Mancha Verde, promises boldness and joy for Carnival 2015 The actress will muse of Rio Grande Rio school. She plans to wear a collar with the initials boyfriend, à la Luma de Oliveira The actress will come as highlighted in a float the Rio Grande, and parade in São Paulo Schoo Pâmella Gomes, who debuted in 2014 as battery queen of Tom Major, follows in the São Paulo School For the second consecutive year, Gracyanne Barbosa will show corpão the battery X -9 Paulistana. It contains the parades of the Carnival of Sao Paulo Aline de Oliveira is the drum queen of Youth Alegre

A few months after having a child, Raisa Machado follows as battery queen States Viradouro Great-granddaughter of Domingos Alves Salgueiro, who baptized the hill that gave rise to one of the most traditional and famous associations, Bianca Salgueiro will be Muse Salgueiro Featured samba schools from the age of 7, Camila Silva is featured in Battery Go -Go, in Sao Paulo and Youth in Rio de Janeiro During Carnival 2015 , Cris Vianna will parade in front of the Empress of battery Leopoldinense again The Minerato sisters parade the Hawks. Ana Paula, who attended the panic is muse of Hawks and Tatiane, who participated in reality show Hypertension, Rede Globo, also parades the Paulista school