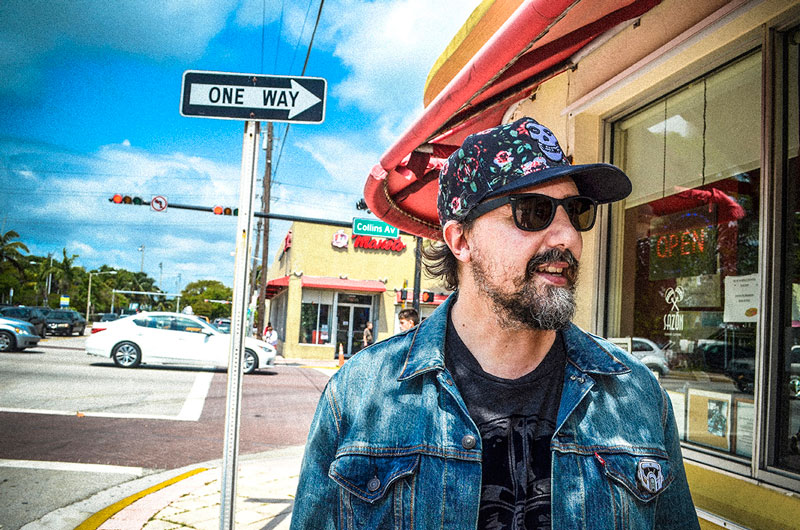 Through Symbolic Cultural Figures, Artwork Celebrates the Rich History of The Biggest Night in Latin Music® MIAMI (Oct. 14, 2015) —  The Latin Recording Academy®  has named Argentinean contemporary painter  Claudio Roncoli the official artist for the 16th Annual Latin GRAMMY Awards. Roncoli’s artwork will be used as the official image for the world’s premier Latin music annual event and will be featured on this year’s poster, program book, tickets and other important applications.

“The contemporary approach Claudio took on this year’s artwork mirrors our goal to continue reinventing our artistic presence,while showcasing the colorful cultural diversity of The Latin Recording Academy and the creative fire each of our nominees display in their lyrics and music,” said Gabriel Abaroa Jr., President/CEO of The Latin Recording Academy. “The vibrant images around Latin music’s most prestigious award evokes a celebratory enthusiasm while promoting the diversity of our musical past while setting the tone for its future.”

“I am honored to be the artist invited to create this year’s Latin GRAMMY artwork, not only for its importance in the music world, but because of my infinite love for the craft,” commented Roncoli. “My inspiration for this painting was the passion that originates from Latin music; I decided to embody its strength through images of iconic symbols from the Latin American jungles such as the jaguar, the Spanish guitar and the flame of creativity that characterizes Latinos.”

Roncoli’s work has been featured in numerous international exhibitions, galleries, museums and fairs. For more than 15 years he worked as an art director in advertising agencies. In 2004 he began to devote 100 percent of his life to art and to his first solo exhibition Merienda at The Praxis art gallery in Buenos Aires, Argentina. Roncoli is inspired by images that were part of the popular culture during the ’50s, ’60s and ’70s. In his creations he incorporates elements of advertising, cartoon, design and collage, weaving them with resources such as image scanning. Using a special technique without forsaking his biting irony and humor, through what he calls the “constant balance of life” Roncoli’s juxtaposition of images and use of bright colors take the viewer to a “brave new world.”

The 16th Annual Latin GRAMMY Awards will be broadcast live from the MGM Grand Garden Arena in Las Vegas, Thursday, Nov. 19 on the Univision Network from 8–11 p.m. ET/PT (7 p.m. Central).

The Latin Recording Academy is an international, membership-based organization comprised of Spanish- and Portuguese-speaking recording artists, musicians, songwriters, producers and other creative and technical recording professionals. The organization is dedicated to improving the quality of life and cultural condition for Latin music and its makers. In addition to producing the Latin GRAMMY Awards to honor excellence in the recorded arts and sciences, The Latin Recording Academy provides educational and outreach programs for the Latin music community. For more information about Latin News, please visit WorldLatinEntertainers.com. For breaking news and exclusive content, follow @WorldLatinE on Twitter, like “World Latin” on Facebook , and join the World Latin Entertainer’s social communities on Google+